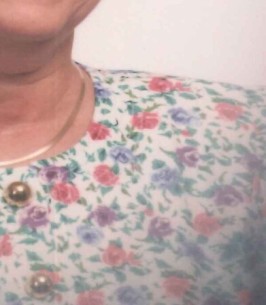 Share this tribute
Memorial Candles Lit for Mary | SEE ALL
Light a Candle
"We are honored to provide this Book of Memories to the family."
— Johnson's Funeral Home
"So sorry to hear of Mary's passing.Praying for God's peace for the family."
— Stan and Ida Holder
"I am so proud of my mom. I couldn't have asked for a better mom. She was always there for her family and anyone in need. She loved her ..."
— Reba Hall
"I’m so sorry Reba. You’re in my prayers. "
— Darlene Rains
"Mary was a wonderful example of a loving and godly woman. We thought the world of her and are sorry to hear she has passed. Wishing love..."
— Becky and Rodney Trimble
Funeral Details Memory Wall Photos & Videos Plant a Tree

We encourage you to share any memorable photos or stories about Mary. All tributes placed on and purchased through this memorial website will remain on in perpetuity for future generations.

Add Photos Post Condolence
I am very sorry for your loss. You can find a comforting scripture in your Bible at Revelation 21:4. Almighty God, Jehovah promises that death will be done away with. He has the power and is eager to remove death. His Son, Jesus Christ also promised that the dead will live again and will live forever under peaceful conditions. Please go to je.org for more comforting thoughts by means of Bible based videos and publications.
Again, I send my condolences.
Sheena
Saturday December 22, 2018 via Condolence Message
Share This:

R
May God hold you in His Almighty Arms so you may be comforted until He eliminates all sources of pain (Revelation 21:3-5).  All His promises will come true (Isaiah 55:10-11; Titus 1:2).  The free website, JW.ORG, has been most helpful to me over the years for more verses on comfort and hope. It is my sincere wish that you will find it useful as well.  May God grant His peace to all of you (Philippians 4:6-7).  My heartfelt condolences. Psalm 37:11, 29.
RB - Friday October 26, 2018 via Condolence Message
Share This:

So sorry to hear of Mary's passing.Praying for God's peace for the family.
Stan and Ida Holder - Wednesday October 24, 2018 via Memorial Candle
Share This:

I am so proud of my mom. I couldn't have asked for a better mom. She was always there for her family and anyone in need. She loved her family so much.
I want to thank our family and friends for being there during her long illness. All the prayers are appreciated.
Reba Hall - Wednesday October 24, 2018 via Memorial Candle
Share This:

D
Dear Family,
I am so sorry for your loss. May God’s promise bring you comfort. There will be “a new earth... and He will wipe out every tear from their eyes, and death will be no more, neither will mourning nor outcry nor pain be anymore... I am making all things new.”
Revelation 21:1-5
D. Hetrick - Tuesday October 23, 2018 via Condolence Message
Share This:

Mary was a wonderful example of a loving and godly woman. We thought the world of her and are sorry to hear she has passed. Wishing love and peace to the family.
Becky and Rodney Trimble - Monday October 22, 2018 via Memorial Candle
Share This:
1
Page 1 of 1
Share
×