To share your memory on the wall of William Peters, sign in using one of the following options:

Provide comfort for the family of William Peters with a meaningful gesture of sympathy.

Pete was the caretaker for the Maple Grove Cemetery, Georgetown, Kentucky, which was founded by the Knights of Pythias. He was the last surviving member of the Knights of Pythias Georgetown Lodge. Pete wanted to maintain the cemetery as a non-profit so that there would be an affordable cemetary burial option for the African-American community of Georgetown.
He is survived by his daughter, Glenda N. Peters; three sons, William E. (Kyong) Peters Jr., Gerald K. Peters and James P. (Leslie) Peters II; nine grandchildren, LaShanta “Nikki” Peters, Raphael Watts, Andrew (Emily) Watts, William E. Peters III, Kirtley (Alex) Karpodinis, Adrianna Peters, Richard (Kimber) Peters, Christopher Peters and Joseph Peters; four great-grandchildren, Nataniah Jackson, Albert Watts, Wesley Watts and Bishop D’Artagnan Peters; a loving sister, Lorene Hutson; a special “daughter”, Gail (Gregory) Figgs; his best friends, Philip “Hank” Finley and Larry “Ike” Johnson; a host of nieces, nephews, cousins and friends. In addition to his parents and wife, Pete was preceded in death by a daughter-in-law, Yvonne Peters; one sister, Katherine Love; one brother, James Meaux. Visitation will be Thursday, January 3rd from 5 to 8pm at Johnson’s Funeral Home and then on Friday from 10am until time of service at 11am at Consolidated Baptist Church, 1625 Russell Cave Road, Lexington. Burial will be in Maple Grove Cemetery, Georgetown, Kentucky.
Read Less

Plant a Tree in Memory of William
Plant a tree
0 trees have been planted in memory of William Edward "Pete" Peters Sr.
Posted Jan 14, 2019 at 10:09pm
I am very sorry for your loss. You can find a comforting scripture in your Bible at Revelation 21:4. Almighty God, Jehovah promises that death will be done away with. He has the power and is eager to remove death. His Son, Jesus Christ also promised that the dead will live again and will live forever under peaceful conditions. Please go to jw.org for more comforting thoughts.
Again, I send my condolences.
Comment Share
Share via:
A

Posted Jan 07, 2019 at 09:12am
Our sincere condolences to the family. The Bible has beautiful and comforting scriptures to help cope with the grief and sadness. I pray that the family will find comfort in the promise for the future at Isaiah 26:19; “Your dead will live. And the earth will let those powerless in death come to life”. To learn more about this promise please visit our website: jw.org and view the comforting video; What is the Condition of the Dead?

Posted Jan 06, 2019 at 02:44pm
I just saw the news about the passing of Mr. Peters; i'm truly sorry for your loss. Mr. Peters served on the Planning Commission while I was the Planning Director and I got to know him during my time. He would often meet with me to ask questions, learn more and also to share stories about different things (and times); I really enjoyed our talks. Mr. Peters will be greatly missed.
Comment Share
Share via:
R

Posted Jan 01, 2019 at 09:59am
Please accept my sympathy for the death of your dear Mr. Peters. Your heavenly Father shares the loss also (Ezekiel 18:32).  He has wonderful plans for his future (Hosea 13:14; Revelation 21:3-5).   Here is the link to a video about the hope for our dead loved ones that has greatly helped me over the years: https://www.jw.org/finder?srcid=share&prefer=content&applanguage=E&locale=en&item=pub-imv_4_VIDEO&docid=1011214. I sincerely hope it will benefit you as well.  My heartfelt condolences to all of you.   Psalm 37:11, 29; Philippians 4:6-7.
Comment Share
Share via: 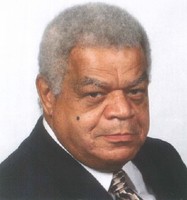