To share your memory on the wall of Daniel Massie, sign in using one of the following options:

Print
Daniel Scott Massie, 56, husband of Becky Atkins Massie, passed away Monday, August 19, 2019. Born in Georgetown, KY, he was the son of the late Linda Burton McGuffey and Daniel Massie.

A former Marine, he worked in pipe line constructi... Read More
Daniel Scott Massie, 56, husband of Becky Atkins Massie, passed away Monday, August 19, 2019. Born in Georgetown, KY, he was the son of the late Linda Burton McGuffey and Daniel Massie.

A former Marine, he worked in pipe line construction for Latex Construction. He collected baseball cards and Nascar memorabilia, enjoyed going to horse races and loved spending time with his wife and dog, Gracie.

We encourage you to share your most beloved memories of Daniel here, so that the family and other loved ones can always see it. You can upload cherished photographs, or share your favorite stories, and can even comment on those shared by others.

Posted Aug 21, 2019 at 02:41pm
Scotty was the greatest brother you could have. He never met a stranger,he was always willing to help anyone in need.
Are Family and Friends will miss him tremendously. It's not a good bye but a will see you again one day.
Love you with all my heart.
Love your sister Dana
Comment Share
Share via:
Posted Aug 20, 2019 at 09:06pm
BECKY SHIRLEY AND FAMILY, SO SORRY TO HEAR OF DANIEL'S PASSING. WILL BE KEEPING YOU ALL IN MY PRAYERS AND THOUGHTS. R.I.P DANIEL 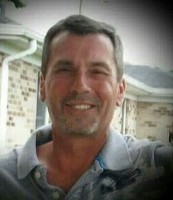