To share your memory on the wall of Robert Metcalfe, Jr, sign in using one of the following options:

Provide comfort for the family by sending flowers or planting a tree in memory of Robert Metcalfe, Jr

Provide comfort for the family by sending flowers or planting a tree in memory of Robert Metcalfe, Jr

A graduate of Georgetown College, Robert Metcalfe served as a Team Leader at Toyota (TMMK) in Georgetown, KY. He was a member of Faith Baptist Church and enjoyed woodworking, cooking, gardening, and reading. A history buff, he also enjoyed restoring World War II-era Dodge Power Wagons. Robert will be remembered most for his dry wit, tenderness, thoughtfulness, and loving heart, making everything he touched more beautiful.

In addition to his wife of 32 years, he is survived by his daughters, Elizabeth Metcalfe, Emily Metcalfe and Erin Metcalfe; brother, Duncan Metcalfe; sisters, Sally Swanson and Mary DeFini. He was also preceded in death by his brother, Tommy Metcalfe.

We encourage you to share your most beloved memories of Robert here, so that the family and other loved ones can always see it. You can upload cherished photographs, or share your favorite stories, and can even comment on those shared by others.

Posted Sep 24, 2019 at 11:18am
Years ago (more years than I care to remember) I was Robert's and Glenna's Sunday school teacher at First Baptist, Madisonville, KY. Robert was always so kind and gracious. My prayers and heartfelt sympathies are with his family during this time. Herb Pritchett
Comment Share
Share via:
DB

Robert a I had so much fun together as kids. Running around all the greenhouses, hiking through the woods south of Homewood going to "turtle land"; walking downtown to Ireland's Hobby store or the Capital Theater; always busy with N-gauge model railroad, GI Joes and Johnny West; sleepovers, Mad magazine, monster movies, the brand-new Saturday Night Live; loved his Mom and his Dad and his Country Squire station-wagon with eight-track easy listening music.

In 1973 I went with them to their family vacation home on South Manistique lake. Journeyed to the Grand Sable Sand Dunes and Lake Superior. Water skiing and swimming. What fun.

He was a big fan of Simon and Garfunkel & John Denver. He loved steam engines and trains, model rockets and civil war history. He was in Indian Guides and Cub Scouts!
Comment Share
Share via:
FT 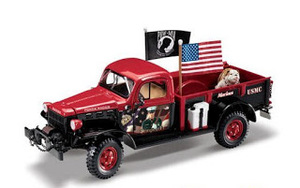