To share your memory on the wall of Estill Lee, sign in using one of the following options:

We encourage you to share your most beloved memories of Estill here, so that the family and other loved ones can always see it. You can upload cherished photographs, or share your favorite stories, and can even comment on those shared by others.

Posted Oct 13, 2019 at 05:36pm
Donna and Stevie... I will always remember Esrills antique cars and Papaw telling us to NOT TOUCH ANYTHING. .. I was dying to touch that vehicle. Such a soft spoken God fearing man. Glad to be able to call him great uncle. I love you all so much.
Comment Share
Share via:
RC

Posted Oct 10, 2019 at 02:59pm
Juanita, Steve and Donna Carole......so sorry to hear about Estill.....Corinth Church won’t be the same without him sitting in front of me....so many there has passed on...he was a good guy. Condolences and prayers to get through these sad times...take care Ron and Nancy Richardson
Comment Share
Share via:
BB

Posted Oct 10, 2019 at 12:14am
Juanita, Stevie, and family...so very sorry to hear of Estill's passing. Such a good man, always so quiet and yet, there was never a doubt that he was on the Lord's good side. I don't think we can make it home in time, but, will be praying for you and your family.,. Barbara and Gene Burge
Comment Share
Share via: 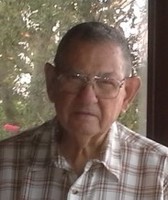 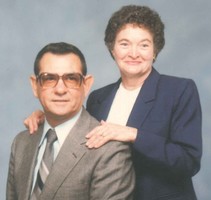 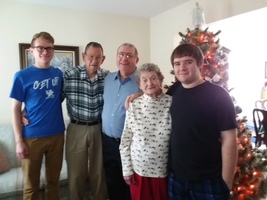