To share your memory on the wall of Ronald Wilder, sign in using one of the following options:

Ron was born January 22, 1931, in Harlan, KY to Hazel and Ewing Wilder. He graduated from Cumberland High School in 1949. After high school, Ron played football for Eastern Kentucky University but left college to marry his childhood sweetheart, Joyce Sellars Wilder and join the United States Air Force. Ron served in South Korea during the Korean War.

After his honorable discharge from the A ir Force, Ron returned to Cumberland, KY and worked as an electrician for United States Steel Coal Co. in Lynch, KY. After starting his family, Ron returned to Southeast Community College in Cumberland, KY receiving an Associates in Electrical Engineering. He then joined the U.S. Mine Safety and Health Administration as a sub-district manager in Lexington and Paintsville KY. At the age of 65, Ron completed his Bachelor’s Degree at Marshall University.

Ronald Wilder is survived by his sons Mike, Keith (Jan) and Philip and daughters Ronna (Robert) Love and Kathie (Peter) Winograd; two grandchildren Megan Love Sukrattanawong (Gary) and Matt Love (Mary) - sister-in-law Nancy Wilder and her children Brooke and Jeff, brother-in-law Bill Sellars and wife Mitzi, and their children Mia, Jamey and Telly; sister-in-law Nina Sellars and daughters Judy and Cathy; cousin Lora Click and children Mary and Patrick along with other family. He was preceded in death by his wife Joyce, parents Hazel and Ewing Wilder, his brother Murris Wilder, his brother-in-law Jack, and Pat Click. He will be greatly missed.

A memorial service will be 3 PM Saturday, November 16, 2019 at Johnson’s Funeral Home. Visitation will be 2 PM till service time. In lieu of flowers, memorials may be made to Georgetown First United Methodist Church, PO Box 1089, Georgetown, KY 40324.
Read Less

We encourage you to share your most beloved memories of Ronald here, so that the family and other loved ones can always see it. You can upload cherished photographs, or share your favorite stories, and can even comment on those shared by others.

Posted Nov 12, 2019 at 04:56pm
So sorry for your loss Mike of your Dad. We hope these 2 new tree lives planted in your Fathers Name grow in Wisdom and stand strong like your Dad. Your Commercial Ops Team

Posted Nov 11, 2019 at 01:20pm
Our prayers are with all the Wilder family. We especially offer condolences to our friends, Kathie & Peter Winograd.

Flowers were purchased for the family of Ronald Wilder.

Posted Nov 04, 2019 at 09:11pm
So sorry for your loss. Lot of memories on Clayton Avenue. May he rest in Gods eternal peace. Prayers for your family
Comment Share
Share via: 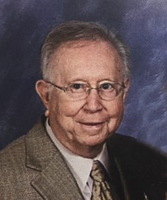