To share your memory on the wall of Sondra Queen, sign in using one of the following options:

We encourage you to share your most beloved memories of Sondra here, so that the family and other loved ones can always see it. You can upload cherished photographs, or share your favorite stories, and can even comment on those shared by others.

Posted Mar 03, 2020 at 08:32am
Sondra always greeted me with a lovely smile. It is very hard to lose a mother but in time you will be able to smile when you remember her. Joe and I are thinking of your family during this time.
Comment Share
Share via:
DK

Posted Mar 03, 2020 at 07:13am
We are so sorry to hear about Sondra, she was a great person, and our family admired her very much. I know how hard it can be to lose a mother. With time you will be able to look back with much love and laughter. We wish that for each of you. We wanted you to know we are thinking of you and praying for you on this difficult day.
Debbie, Kim, Lawerence King
Comment Share
Share via:
S

Posted Mar 02, 2020 at 10:28am
We are so sorry to hear about Sondra. We know she was a real treasure. Our thoughts and prayers are with you.

Posted Mar 01, 2020 at 12:02pm
I will always remember Sondra as a wonderful classmate in high school. Red, my friend, our thoughts and prayers are with you and all of the family.
Comment Share
Share via: 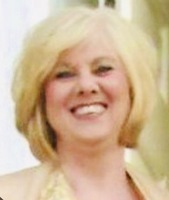