To share your memory on the wall of Lucas Gravitt, sign in using one of the following options:

Lucas studied at Georgetown College where he received his Bachelors of Arts in German and Education and later his Masters of Arts in Education and Instructional Technology. He was a dedicated German teacher for Scott County Schools where he served in many leadership roles. Lucas was also an Adjunct Professor at Georgetown College. Lucas received the German Embassy Teacher of Excellence Award in 2009, the KWLA New Teacher of the Year Award in 2010, a Goethe Institute Award from SCOLT to study in Berlin in 2015, and a Fulbright Award to study the German education system in Germany in 2016. He was named the American Association of Teachers of German-KY Teacher of the Year in 2017. Lucas served in leadership roles in state organizations, most recently, the President of the KY World Language Association. Devoted to his students, Lucas was the coordinator for Project Graduation, graduating senior activities, and graduation. He made sure as many of his students could travel to Germany as was possible. He enjoyed traveling, playing music, including handbells in church, and always shared his sense of humor with others, a kind word when it was most needed and a helping hand.

In addition to his father and step mother, he is survived by his sister, Meganne Vondell Gravitt; nieces, Hannah Marie Lawson and Dalylah Anne Crim; God son, Sebastian Robert Niederbroker; dear friend, Georgia Talbott; and so many friends, students and colleagues.

Due to restrictions imposed for the Covid-19 pandemic, a Celebration of Life will be held at a later date. Memorial contributions may be made to the Lucas Gravitt Memorial Fund (www.gf.me/u/zafzzx).
Read Less

There are no events scheduled. You can still show your support by sending flowers directly to the family, or planting a memorial tree in memory of Lucas Michael Olson Gravitt.
Plant a Tree

We encourage you to share your most beloved memories of Lucas here, so that the family and other loved ones can always see it. You can upload cherished photographs, or share your favorite stories, and can even comment on those shared by others.

Posted Nov 27, 2020 at 09:04am
Lucas, i can’t believe you are gone so soon! Your dedication to teaching, German and KWLA will not be forgotten. Wish I could give you a big hug and joke around with you again. You made a lasting legacy and an example for all of us to follow.
Comment Share
Share via:

There are so many fond memories, its impossible to pick or say them all. He picked on me relentlessly in school and I picked on him as well. We had a very close student teacher relationship and I could depend on him for just about anything. One of our longest battles was me attempting to get him to buy me lunch. He gave me about 50 words of extra vocabulary to study in a week and no! I never got a 100 on those extra quizzes. So I never won my free lunch. Over time, I just kinda forgot about it and never brought it up. However, for my birthday on my senior year, I got a text asking what I would like from Panera that morning. When I walked into his class during lunch there was a bag of food sitting and waiting for me.

Its the little things that make a teacher stand out. It's the care and attention they give to the little things. I'm so fortunate to have been one of his students, and his memory will never be forgotten. Goodbye.
Comment Share
Share via:
LN

Posted Nov 24, 2020 at 09:14pm
I just keep wanting to call you. It seems so unreal. I keep looking at your pictures and can hear you talking... I hope you memory remains so vivid..I am not ready to let you go. Hugs to your family and to Georgia. Georgia you are an amazing friend to Lucas. I love how he loved you! Can't wait to hug you in person Georgia!
Comment Share
Share via:
VF

Posted Nov 24, 2020 at 07:51pm
Oh Lucas, I have been crying for days. We just spoke 2 weeks ago and you were excited to play handbells again. In your memory, I have a piece of you playing. You were in my German class at WCHS and from there you took that knowledge and exploded it with teaching and gobs of amazing accolades. My prayers are to your sister, Dad, and family. I can't imagine their pain with you gone so soon. Why do the good die young. 🙏🙏🙏💕
Comment Share
Share via: 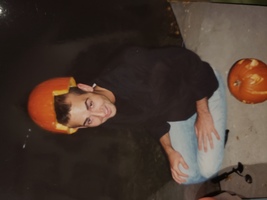 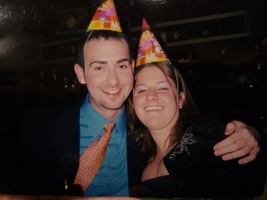