To share your memory on the wall of William Snyder, sign in using one of the following options:

Posted Dec 02, 2020 at 06:12am
Bill made everyone smile and laugh every time they spoke with him. He was special. I was lucky to have him as a great friend. Love to the family.

3 trees were planted in the memory of William Snyder

3 trees were planted in the memory of William Snyder

Posted Dec 02, 2020 at 08:00am
Debbie and Megan and family, may your heart be filled with everlasting memories and smiles. Im so very sorry for your loss. Judi Corrado

Posted Dec 01, 2020 at 10:29am
Bill Bill as my daughter called him was a great neighbor and friend to us! I’ll never forget how you treated Morgan as one of your granddaughters and filled our lives with love and joy. You will be missed. Rest In Peace my friend🥰
Comment Share
Share via: 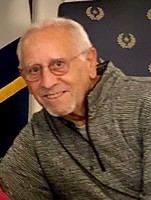