To share your memory on the wall of Ralph Russell, sign in using one of the following options:

Print
Ralph “Butch” Gene Russell, Jr, 71, owner of Russ-Kat Builders for 42 years and husband of Meloney Rice Russell, passed away Sunday, December 6, 2020. Born in Georgetown, KY, he was the son of the late Gene and Trudy Parrott Russell.

Ralph “Butch” Gene Russell, Jr, 71, owner of Russ-Kat Builders for 42 years and husband of Meloney Rice Russell, passed away Sunday, December 6, 2020. Born in Georgetown, KY, he was the son of the late Gene and Trudy Parrott Russell.

Raised in Pineville, KY, he was a graduate of Pineville Independent Schools and later received his Bachelors and Masters Degrees from Morehead State University. He was a former teacher and coach with Paris Independent Schools before beginning his career in construction. A Kentucky Colonel, he served in the United States Marine Corp Reserve and served on the Board of Appeals for the City of Georgetown. He was the founder and president of the Thoroughbred Figure Skating Club (TFSC), a judge for USFS, the National USFS Chairman for the state games and a former President and Vice President for SEGL Council. He was a member and former trustee of Georgetown First United Methodist Church and was an associate member of Springfield Presbyterian Church. Butch loved to fish, study history, build, spend time with family and play with his grandchildren.

In addition to his wife of 48 years, he is survived by his daughter, Katie (Matt) Riley, Springfield, KY; grandchildren, Russell and Lillian Riley; sister, Pam (David) Thompson; sister-in-law, Jan (Kenny) Gann; as well as numerous nieces and nephews.

Due to current government guidelines, services will be private. Burial will be held in the Georgetown Cemetery. Casket bearers will be Andy Van Hoose, John Cooper, Mark Riley, Russell Thompson, Kevin Gann, Dale Smith, Gary Davis and Matt Gann. Honorary bearers will be Len Suiter and Russell Howard. In lieu of flowers, memorials may be made to Georgetown First United Methodist Church or Springfield Presbyterian Church.

We encourage you to share your most beloved memories of Ralph here, so that the family and other loved ones can always see it. You can upload cherished photographs, or share your favorite stories, and can even comment on those shared by others.

Plant a Tree in Memory of Ralph
Plant a tree
2 trees have been planted in memory of Ralph Gene "Butch" Russell Jr.
BC

Posted Dec 12, 2020 at 01:47pm
I am so blessed to have known Butch. He was such a kind person and always talked of his love for his family. He will be missed.

Posted Dec 10, 2020 at 04:45pm
Deepest sympathy to Meloney and Katie. Butch was such a nice guy. May you be comforted by knowing others are lifting you up and that Butch is now with the Carpenter from Nazareth.
Comment Share
Share via:
SD

Posted Dec 10, 2020 at 12:14pm
Mr Butch was my ice skating club President for many years. :) What fun we had with all the Nutcracker Christmas Shows, some of my favorite childhood memories. Many blessings and prayers for his family especially Katie and Mrs. Melody .

Posted Dec 09, 2020 at 01:19pm
Awesome GREAT FRIEND & Construction guru.
Many believe it or not, Hawaiian projects on homes. A Dad to Katie that can only be described as PHENOMENAL. A HUSBAND TO MELONEY beyond description. He will be Sorely MISSED. Joe and Lynn Summerfield
Comment Share
Share via:
HS

Maloney and family, so sorry for your loss. You are in my thoughts and prayers. 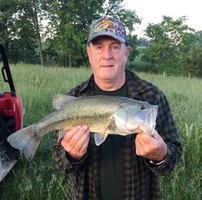 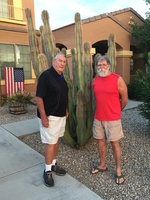 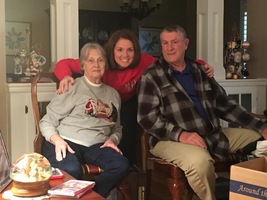 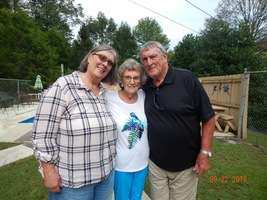