To share your memory on the wall of Elizabeth McIntyre, sign in using one of the following options:

She is survived by ... Read More
Elizabeth Stevens Cowherd McIntyre, 90, widow of Lawrence Henry “Catfish” McIntyre, passed away Tuesday, February 16, 2021. Born in Lexington, KY, she was the daughter of the late Owen and Nora Patterson Cowherd.

As a long-time member of Great Crossing Missionary Baptist Church, where she played piano during services, she was a woman of great faith, often leading prayers at family gatherings and holidays. She was fiercely demanding of her daughters who have become successful professionals in engineering, nursing, and athletics. She was a devoted mother and role model to her son and a lovingly doting grandmother to her grandsons. As a matriarch of a large extended family, she will be missed by all.

Elizabeth was affectionately known to family and friends by her nicknames “Doc,” “Dot,” and “Mac.” Her nickname “Doc” was given by her family as a little girl, apropos of somebody destined for nursing. She was “Dot” to her husband and several close friends, but she was “Mac” to her healthcare colleagues. She was a Critical Care Nurse at Georgetown Community Hospital, having retired after 25 years of service.

Visitation will be 10-11am Friday at Johnson’s Funeral home, followed by a private service. Burial will follow at the Georgetown Cemetery. Casket bearers will be Bill Johnson, Kelly Cowherd, Shaun Gause, Kevin Meeks and Richard Washington. Memorials may be made to St. Jude’s Children’s Hospital.

Due to government mandates, facial coverings/masks as well as social distancing will be enforced.
Read Less

We encourage you to share your most beloved memories of Elizabeth here, so that the family and other loved ones can always see it. You can upload cherished photographs, or share your favorite stories, and can even comment on those shared by others.

Posted Feb 23, 2021 at 08:47am
I knew Mac mainly as a nurse when I was in hospital several times over the years. Of course everyone knew "Catfish" and our children were class mates and friends. She was a "true & faithful" servant and has been welcomed to Heaven with those words, I am sure. But she will be missed by all her family and friends who remain
Comment Share
Share via:
MH

Posted Feb 22, 2021 at 02:45pm
What a wonderful lady, full of life and always so kind. I just know when she entered the gates of Heaven, God said, "Well done, my good and faithful servant." You are all in my prayers...
Comment Share
Share via: 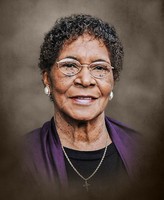