To share your memory on the wall of Jane Oldham Fields, sign in using one of the following options:

We encourage you to share your most beloved memories of Jane here, so that the family and other loved ones can always see it. You can upload cherished photographs, or share your favorite stories, and can even comment on those shared by others.

Posted Apr 27, 2021 at 03:58pm
We have fond memories of Jane Hope and know she was a blessing to all who had the privilege of knowing her through the years.

Posted Apr 24, 2021 at 07:37am
I am so sorry to have missed Jane Hope's service. I have so many delightful memories about Jane Hope, her ever sunny personality, her deep faith, and how she always had something good to say about each person she encountered. I will be sending a gift in her memory to the Billy Graham Evangelistic Association. My love to all those who loved Jane Hope, especially the members of her family. With much love, Ann Bolton Bevins
Comment Share
Share via:
PA

Posted Apr 23, 2021 at 06:52pm
I was sorry to read about your mother’s death. She was a lovely person. I feel that there has always been a connection between your family and mine. Mom considered your mother a friend and Martin absolutely loved her. I hope happy memories bring a smile. Sincerely, Philamin Anderson-Dutch
Comment Share
Share via:
LF 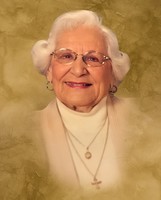