To share your memory on the wall of Jane Rogers, sign in using one of the following options:

Print
Jane Gayle Rogers, 81, passed away Tuesday, February 11, 2020. Born in Lexington, she was the daughter of the late Raymond Adams as well as Bessie and Edgar Moss.

A member of Ironworks Pike Community Church, she was a former member of N... Read More
Jane Gayle Rogers, 81, passed away Tuesday, February 11, 2020. Born in Lexington, she was the daughter of the late Raymond Adams as well as Bessie and Edgar Moss.

A member of Ironworks Pike Community Church, she was a former member of Northside Christian Church and Georgetown Baptist Church and was retired from Square D Company after 28 years of service. She was active at the Senior Citizens center, playing cards, bingo and dancing. She was a former Girl Scout leader, volunteered for many years at the AMEN House and was always available to give a free hug.

We encourage you to share your most beloved memories of Jane here, so that the family and other loved ones can always see it. You can upload cherished photographs, or share your favorite stories, and can even comment on those shared by others.

Posted Feb 17, 2020 at 10:03pm
We are sorry for your loss. May she now rest in Gods eternal peace. Thoughts and prayers for the family. Don and Sharon Hawkins
Comment Share
Share via:
PC

Posted Feb 15, 2020 at 12:19pm
She brought so much to our lives & I will never forget her! I plant this tree in tribute to her so generations to come will know she lived & mattered

Thank you so much Patti
MH

Thank you so much Auntie
MH

Posted Feb 12, 2020 at 08:24pm
Dorothy, Tammy and family, I’m so sorry. She was always willing to take the time to ask how I was doing and how my children were. In a world where most people are satisfied to ignore others, she never did that. She was a sweet person and I know she will be missed. I’m praying for God to comfort all of you, as only He can... Love,Marylou
Comment Share
Share via:

Thank you so much Marylou
C

Posted Feb 12, 2020 at 07:28pm
She was always so sweet. She was always ready to help anyone. She was fun to be around. She will always be remembered.
Comment Share
Share via:

Thank you so much Cheryl 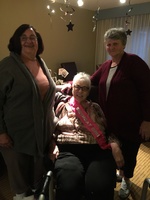 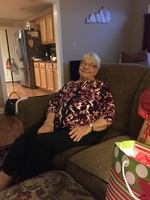 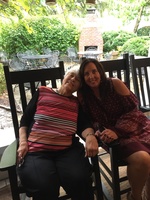