To share your memory on the wall of Harold Kenyon, sign in using one of the following options:

An Army veteran during the Cuban Missile Crisis, he retired from Caterpillar Tractor after 37 years of service. He thoroughly enjoyed buying and selling at local flea markets. He was a follower of Jesus and he loved his family deeply. He was a beloved husband, father, papaw, father-in-law, uncle, and friend.

In addition to his wife of 63 years, he is survived by his children, Harold “Brian” (Jody) Kenyon, Knoxville, TN and Diana Lynn (Adam) Freels, Cynthiana, KY; grandchildren, Brandon Blake (Kelly) Kenyon, Brianna Nicole (Andrés) Valverde and Isaac Daniel Freels; great grandchildren, Greyson Kenyon, Saylor Kenyon, Cambrie Anderson, and Valverde baby due January 2021. He is also survived by many nieces and nephews. In addition to his parents, he was preceded in death by his brothers, Lawrence and Russell Kenyon.

He attended First Baptist Church, Cleveland, TN after moving from Knoxville, TN seven years ago. Prior to moving, he was a member of Faith Promise Church, Knoxville, TN.

We encourage you to share your most beloved memories of Harold here, so that the family and other loved ones can always see it. You can upload cherished photographs, or share your favorite stories, and can even comment on those shared by others.

Posted Jul 29, 2020 at 10:42am
As a child I remember us always going to Clinton, TN for family reunions - either at Aunt Opals or Aunt Marie's. Harold and Rose always made sure I was having fun. As I grew older, they would give me advice when I asked and hugged me when I was upset. We has a family lost an icon; heaven has gained a mighty angel. Love, Micki Marple (grand daughter of Mary Margaret Brown; daughter of Pat and Esther Marple)
Comment Share
Share via:
S

Posted Jul 29, 2020 at 10:26am
I’ll never forget Aunt Rosie and Uncle Harolds trips to Illinois to see my grandparents. They’d talk for hours and have a lot of fun together. We love you uncle Harold!
Comment Share
Share via:
MH

Posted Jul 28, 2020 at 08:26pm
I can remember when Rose & Harold would host the Ridings family reunion! We had such a good time having fellowship with everyone! He is such a good soul! Always had such a wonderful spirit about him. I know you all will certainly miss him. Praying for Rose, Diana & Family, Brian & Family, and all his extended family!!! 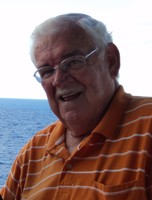 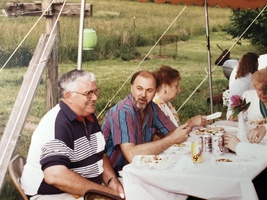