To share your memory on the wall of Barry Ratliff, sign in using one of the following options:

Print
Barry Michael Ratliff, 69, husband of Eleanor Gray Ratliff, passed away Friday, February 19, 2021. Born in Pikeville, KY, he was the son of LaVern Belcher Ratliff and the late Dale Ratliff.

Barry was a graduate of Elkhorn City High Scho... Read More
Barry Michael Ratliff, 69, husband of Eleanor Gray Ratliff, passed away Friday, February 19, 2021. Born in Pikeville, KY, he was the son of LaVern Belcher Ratliff and the late Dale Ratliff.

Barry was a graduate of Elkhorn City High School where he played football and baseball and was Junior Class President. After graduation, he attended Eastern Kentucky University.

Due to government mandates, facial coverings/masks as well as social distancing will be enforced.
Read Less

We encourage you to share your most beloved memories of Barry here, so that the family and other loved ones can always see it. You can upload cherished photographs, or share your favorite stories, and can even comment on those shared by others.

Posted Feb 26, 2021 at 08:48pm
Eleanor & Entire Ratliff Family,
Larry & I are so sorry for your loss. Barry was such a nice man. Thoughts and prayers are with you during this difficult time and in the days to come. May God give you peace and comfort.
Comment Share
Share via:
BM

Posted Feb 23, 2021 at 05:53pm
Punky,
How can I express my overwhelming sorrow for you, as you once again walk this journey of grief. My heartfelt prayers for some semblance of

Posted Feb 22, 2021 at 03:53pm
Sorry to hear of Barry!s passing. I worked with Barry at Clark years ago, he was a good man , I hadn’t seen him in a long time. Prayers to friends and family, I know he will be missed. Sincerely,
David and LInda Darnell
Comment Share
Share via:
MH

Posted Feb 22, 2021 at 03:10pm
Mrs. Ratliff, Chad, Clay and family, We are praying for you. Mr. Ratliff was a great person and we all have good memories with all of you... We are so sorry... Jamie Gifford, Niki Gifford Brandenburg, Kayla Gifford Day, Kelly Gardner Christopher and family
Comment Share
Share via: 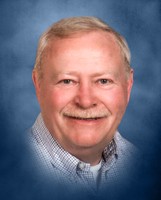