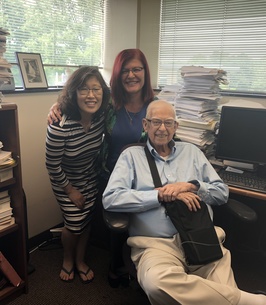 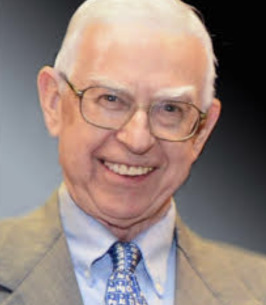 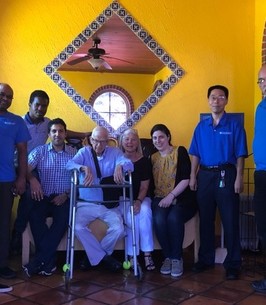 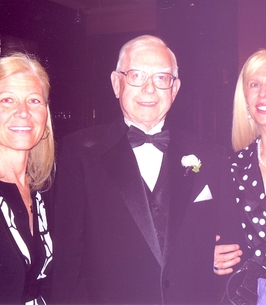 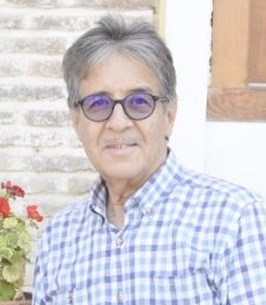 Share this tribute
Memorial Candles Lit for Burtron | SEE ALL
Light a Candle
"We are honored to provide this Book of Memories to the family."
— Johnson's Funeral Home
"Burt Davis was a man of great character, integrity, honesty, smart and intelligence, kindness, and helping others without any reservation...."
— Ram Srinivasan
"Burt, a man of integrity, intelligence, good nature, and fortitude. I will forever have a smile and place in my heart for all your kin..."
— Ruthann Chaplin
Funeral Details Memory Wall Photos & Videos Plant a Tree

Print
Burtron Hamilton Davis, 83, passed away Friday, September 28th, 2018. He was born December 21st, 1934 in Points, West Virginia, son of the late Lawrence Hamilton and Grace Elizabeth (Palmer) Davis. Burtron served in the United States Army during the Korean Conflict. He had a lifelong love for chemistry and was a chemist for Center for The Applied Energy Research. Burtron was a member of Penn Memorial Baptist Church and The American Chemical Society. Burtron is survived by his wife, Chong Nan (Park) Davis; three daughters, Cynthia Grace Davis (Austin) Camp, Deborah Ann Davis and Karen (Michael Lister) Davis; a step-daughter, Angela Jean Hauptli; five grandchildren, Derrick Camp, Jacob Camp, Andrew Camp, Cameron Lister and Kellan Lister; one sister, Barbara Ann (Jay) Rowzee. In addition to his parents, Burtron was preceded in death by one sister, Eileen Davis and two brothers, Wendell Davis and Gordon Davis. Visitation will be Tuesday, October 2nd from 4pm until time of service at 6pm at Johnson’s Funeral Home with Pastor Steven Smith officiating. Burial will be private at Branch Mountain Cemetery in Three Churches, West Virginia. Memorial contributions may be directed to The Salvation Army, 100 Washington Square, Georgetown, Kentucky 40324.

To plant a tree in memory of Burtron Hamilton Davis, please visit our Heartfelt Sympathies Store.

We encourage you to share any memorable photos or stories about Burtron. All tributes placed on and purchased through this memorial website will remain on in perpetuity for future generations.

Add Photos Post Condolence
HD
I had pleasure of working under his supervision for 6 years. He was not only a great researcher but wonderful person. The scientific communities have big loss. My condalus to his wife and dauthers. Thank you for teaching me so much.
Professor
Hossein A Dabbagh
Isfan University of Tecknology
Isfahan, Iran
Hossein A Dabbagh - Sunday January 27, 2019 via Condolence Message

CB
Burt was fine scientist and very productive He was a pioneer especially in the area of Fischer-Tropsch Synthesis. He did a great service to the catalysis society by recording many of the talks given at important catalysis meeting I will miss seeing his big smile and hearing his hearty laugh.
Calvin Bartholomew - Sunday October 21, 2018 via Condolence Message
Share This:

SL
It is hard for me to believe that Burt won't be sitting in the front row with his video camera at nearly every chemical engineering and fuel chemistry meeting in the future. He was a fantastic scientist as well as a fantastic person. My condolences to his family, friends, and colleagues. You will be sorely missed Burt, and I am a better person for having known you all these years. Steve LeViness
Steve LeViness - Thursday October 04, 2018 via Condolence Message
Share This:

AK
This is a huge loss. Burt Davis is one of the fathers of Fischer-Tropsch synthesis and modern catalysis.
I met him in many conferences and congresses and always had very interesting and motivating discussions. I will keep forever in my heart his eternal enthusiasm, open mind and scientific curiosity. He was really a great person.
My deepest and most sincere condolences go to Burt’s family!

AS
I feel like I’ve lost my father again! I cannot imagine anyone else in his position who has always been so helpful to me in so many ways: great mentor; excellent Supervisor to work for; and, the most knowledgeable source on so many topics! I can never forget Burt’s kindness and so nice way to treat others. He was always a role-model for highest academic and professional standards! May Peace and Joy be with him in Heaven! Rest in Peace Burt!
Amit Sarkar - Wednesday October 03, 2018 via Condolence Message
Share This:

TB
Please accept my deepest condolences on your loss. Also please be comforted as this hour by "the God of all comfort." 2Cor.1:3&4
T Bennett - Tuesday October 02, 2018 via Condolence Message
Share This:

YJ
Burt is one of the greatest scientist and kindest person I have known in my life and career. He always makes things easy to people with his understanding and kindness. I appreciate him for everything he did to me. He will be in my heart forever.
May Peace and Joy be with him in Heaven.

UG
The world is a greater place because of Burtron H. Davis, an amazing scientist, colleague and family man. Burt Davis captured the History of Catalysis including videography of many Greats in the field for all to see. He allowed me to take videos and tape interviews of his research. Those will be shared and memorialized. I will never forget his kindness, humor and wit and I am forever grateful to him.
Uschi Graham - Tuesday October 02, 2018 via Condolence Message
Share This:

CJ
Burt was a vibrant figure in the heterogeneous catalysis community. He was a friend, a fountain of knowledge, and a wonderful researcher. His passing will deeply affect many dozens of researchers worldwide. Deepest condolences are offered to his family and closest friends on behalf of the North American Catalysis Society and ACS Catalysis.
Christopher Jones - Tuesday October 02, 2018 via Condolence Message
Share This:

WS
I had the wonderful opportunity to work under Dr. Davis’ guidance for close to 11 years, having never heard of Fischer-Tropsch when I started. Through his patience, guidance and wisdom, I was able to grow quickly to forever have my career changed. Burt paved the way for me to obtain a Ph.D. part-time while working full-time under him. I am truly honored to have been able to work under such an extraordinary scientist. So many times, the hallways were filled with his booming laughter. I am truly sad to see him go as he provided so much. As I now roll into a faculty career, I am taking from his excellent example. I cannot thank him enough for all that he did. My deepest sympathy goes out to the family during this time of great loss.
Wilson Shafer - Tuesday October 02, 2018 via Condolence Message
Share This:
1 2 3 next page >>
Page 1 of 3
Share
×

From: Belma Demirel
Burt, it was great to see you last June! As always, you were in a very good mood and smiling, and sharing funny memories. We will always remember you.
Share on Facebook

From: Muthu Gnanamani
Sandeep's sendoff lunch and Michella's Birth day celebration at a mexican restaurant in Georgetown
Share on Facebook

From: Leslie Hughes
Burt, Leslie & Uschi at Karen's wedding.
Share on Facebook
Plant a Tree in Memory of Your Loved One
An Honouring a Life memorial tree is a unique tribute which provides global benefits like no other memorial gift could.
Plant a Tree
Family Log-In