To share your memory on the wall of Carolyn Johnson, sign in using one of the following options:

We encourage you to share your most beloved memories of Carolyn here, so that the family and other loved ones can always see it. You can upload cherished photographs, or share your favorite stories, and can even comment on those shared by others.

Posted Jan 24, 2019 at 07:13pm
To Mrs. Johnson’s family, I was Becky’s sorority sister and roommate at Georgetown. Mr. and Mrs. Johnson were like my 2nd set of parents in college. I loved them both and Chris as well. I tried to keep in touch over the years. I will miss our telephone conversations. My condolences to her family.
Comment Share
Share via:
Posted Jan 01, 2019 at 06:51pm
I am very sorry for your loss. You can find a comforting scripture in your Bible at Revelation 21:4. Almighty God, Jehovah promises that death will be done away with. He has the power and is eager to remove death. His Son, Jesus Christ also promised that the dead will live again and will live forever under peaceful conditions. You can find more comforting thoughts at jw.org.
Again, I send my condolences.
Sheena
Comment Share
Share via:
R

Posted Dec 29, 2018 at 11:38am
Carolyn Johnson was one of the strongest women I ever knew. I sang with her in the Christian Church Choir and knew her well. Her smile always lit up the day and have enjoyed visiting with her ever since. Her strength to do the right thing with her family is a lesson to all of us. Carolyn was one of the finest ladies I have ever known. My sympathy to all of her family and prayers for each member of her family. I know she and Wayne, Becky and Chris are reunited in Heaven. Anne
Comment Share
Share via:
T

Posted Dec 27, 2018 at 10:07am
Sending our love and prayers to all. Love, Kristine, Kathleen, Michael, Patrick, Julie, Jane, Meg, Peter and their families. 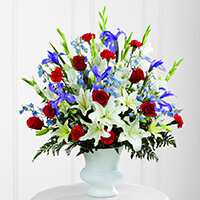 The McKenna siblings purchased the The FTD Cherished Farewell Arrangement for the family of Carolyn Johnson. 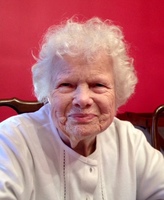